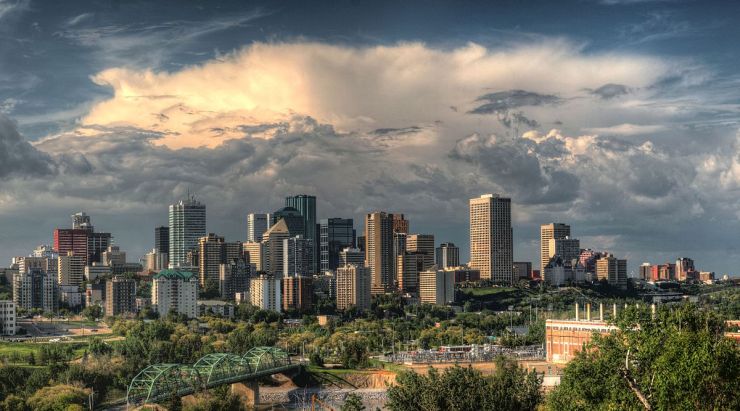 Welcome to my home!

Things to do in Edmonton

West Edmonton Mall is North Americas largest shopping center. The mall has over 800 stores to chose from. Along with the World Waterpark and Galaxyland. Anyone can easily spend 4-5 days here and always have something to do.

Spend a day in the World Waterpark. The malls indoor waterpark.

With 17 slides to choose from as well as zip-lining and a Flowrider.

This place is special to me as it is where I set my Guinness World Record for Most Bungee Jumps in 24 Hours (Indoors) back in 2007 when I did 225!

While at the mall make sure to stop by Bourbon Street for a bit to eat. 16 restaurants to choose from!

Escape room have taken off in Edmonton.  More than 15 different venues to try out. These are great for family’s or a group of friends.

One place I highly recommend is  GTFO. Their team has such an amazing passion for the craft. The detail that have been put into the rooms stands out as high quality and determination.

Rogers Place – The home of the Edmonton Oilers NHL team. As well as the host venue for several concerts. Including 9 sold out Garth Brooks concerts in February 2017. As well other acts such as Shania Twain and more.

Downtown Edmonton has some great food options. My top 3 picks would be;

This strip has multiple restaurants, lounges and night clubs. From playing some pool at The Billiard Club or playing some vintage pinball machines at Beercade.

As for restaurants, I recommend Meat, located at 104 Street just North of 82 Ave. Meat is an amazing  smokehouse. Another option is the Mexican cuisine at Julio’s Barrio, located on 82 Ave between 104 and 105 Street.